These are the last photos from the show in Norrköping. This is Alcazar – Tess Merkel, Andreas Lundstedt, Lina Hedlund – Sweden’s unthreatened disco royalties. Great performers, of course, giving a lot of energy on stage.

This is from rehearsals. One thing I noticed: sometimes, because of the much focus on choreography, you don’t always think about the vocals. All of them actually sing very well, both collectively and individually. 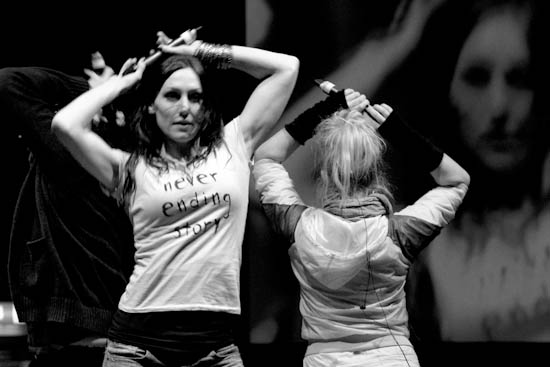 Also from rehearsals. A different shot in black and white, but I kind of like it.

From the show. Once the beat started pumping, people started to crowd the stage.

This is a bit on the lighter side. What do you suppose Andreas is thinking? Maybe: “Get that camera out of my face!”

This site uses Akismet to reduce spam. Learn how your comment data is processed.